Darlene used up a lot of her scraps to piece this smaller quilt - great for wrapping up while watching TV.  It's 58 x 58. 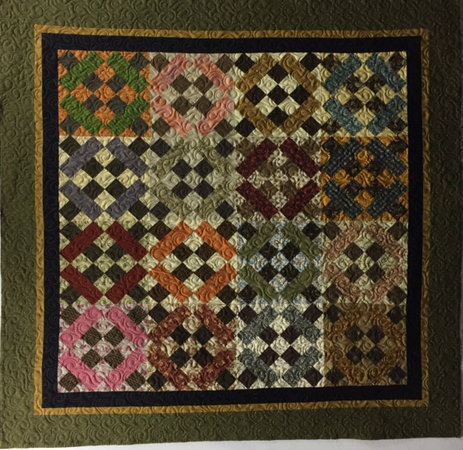 Each block has the same dark brown, and the rest is all scrappy: 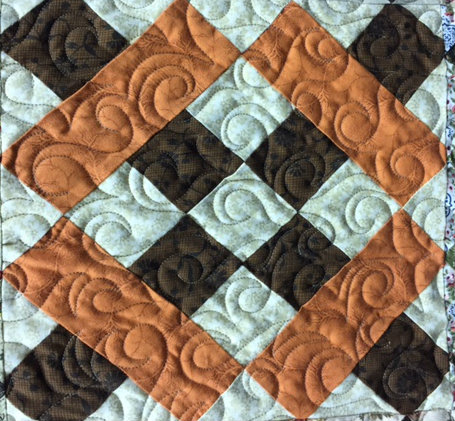 She wanted simple quilting, so I just did an all-over with hooks and swirls: The backing is from her collection of Civil War reproduction fabrics: 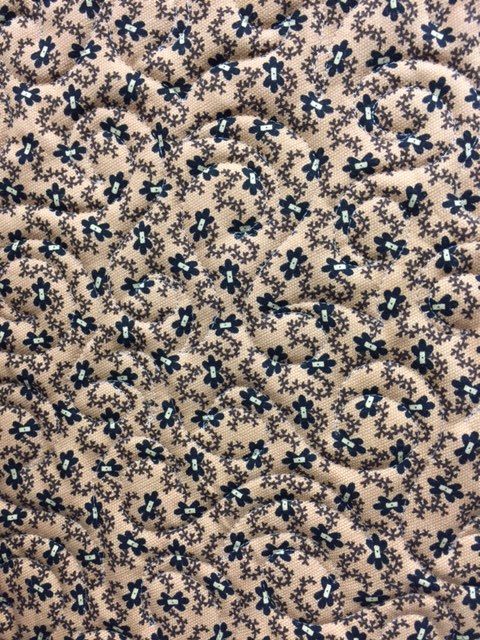 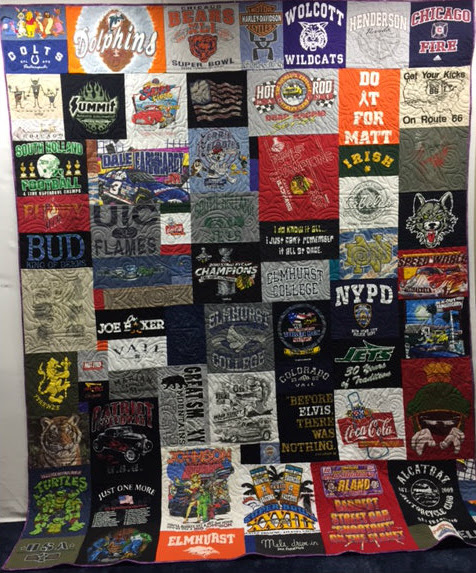 I quilted one of my favorite pantographs - "Shades of Anasazi".  It's a great all over pattern for t-shirt quilts. 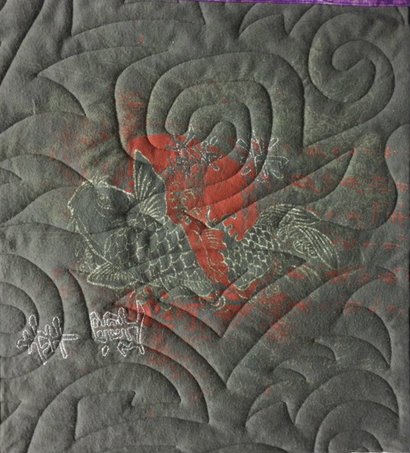 Purple is his wife's favorite color, so that's what I got for the backing and binding. 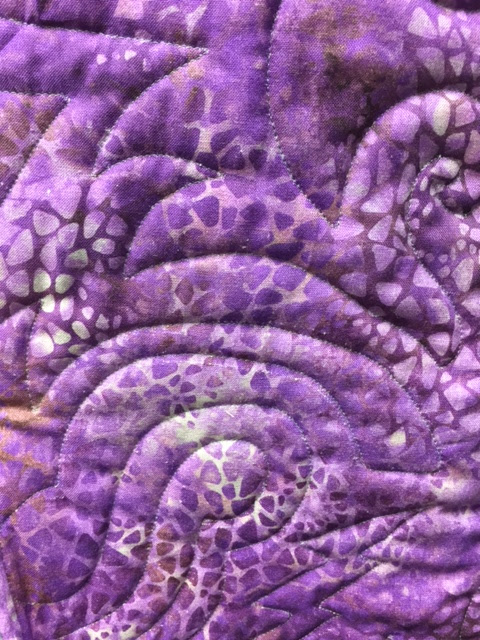 Barb finally pieced a top for herself.   I've quilted quite a few tops for her, and most of them were gifts for others.  This Giant Dahlia will go on her bed.  It's 85 x 102.  The flower is not centered as she was smart and put extra space at the top to tuck under a pillow.   The binding has been attached to the front, and is the solid red used in the borders. 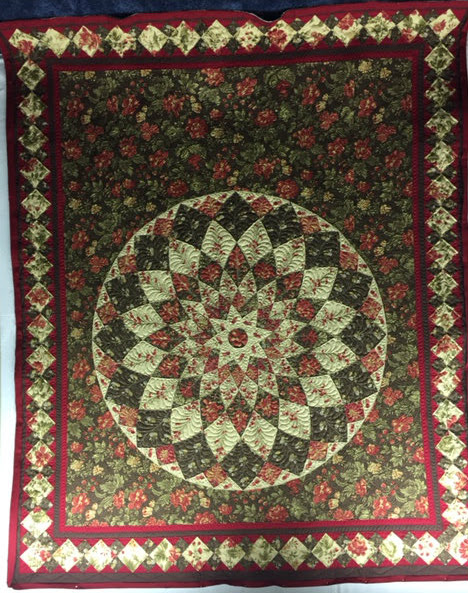 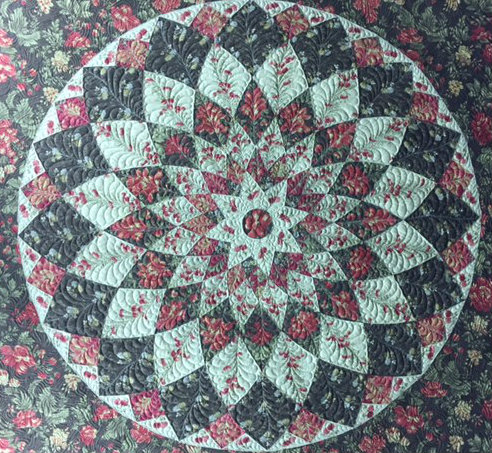 She showed me some pictures of one already quilted that has tons of feathers, and that's what she wanted.  There are feathers in every single section of that dahlia.  Many of the shapes were fussy-cut so as not to cut up the printed flowers: 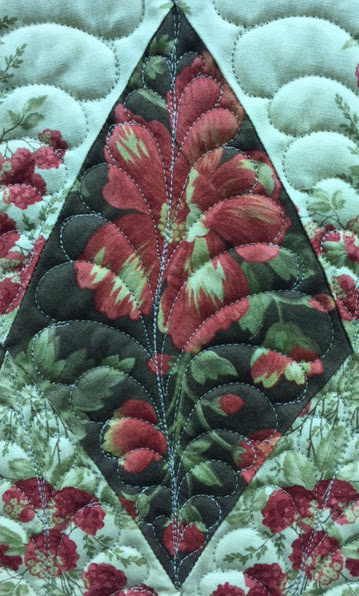 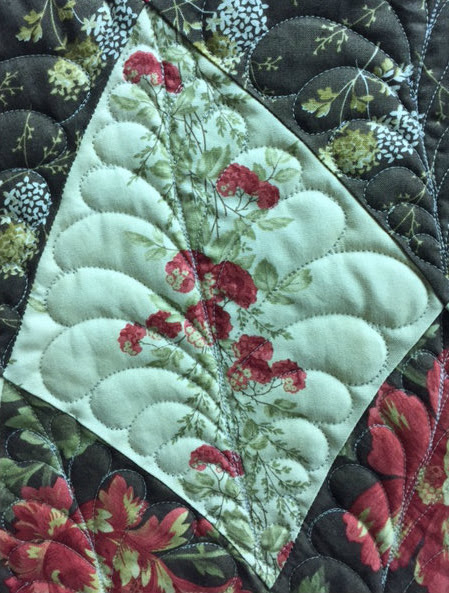 There is a center circle with one flower that I outlined, and then feathers all around: 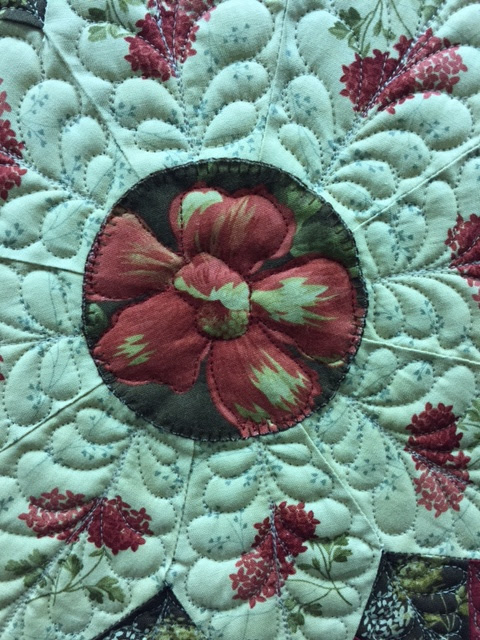 The outer edges of the circle have feathers also:

I quilted a long swirly pattern in the background.  It gives it lots of texture and movement: 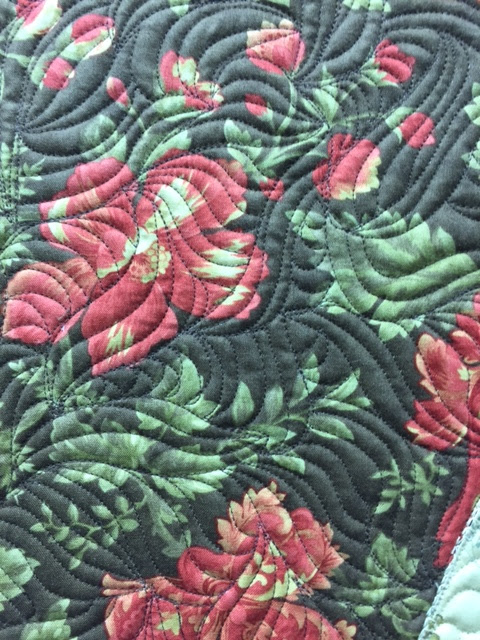 There are lots of borders, and I treated each one differently: 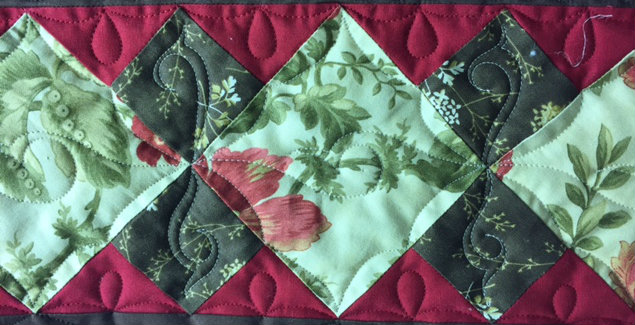 The backing is a fabric from the same collection: 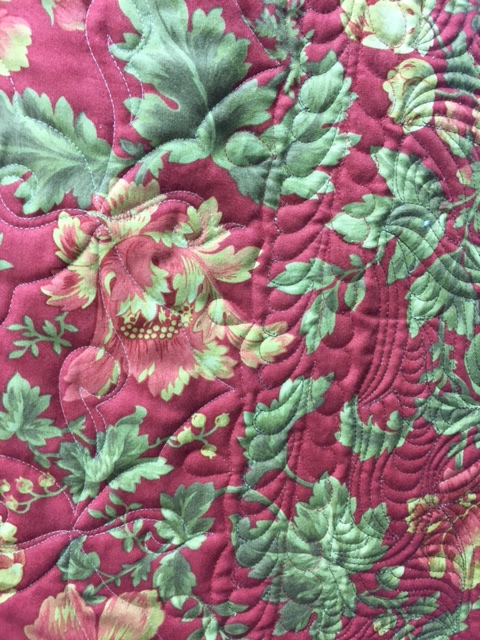 Sarah got this top from her aunt, but isn't sure if the aunt made it or bought at a garage sale.  Either way, she wanted it finished. It's 68 x 77. 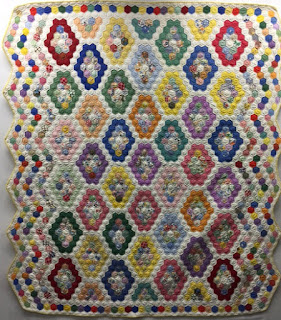 I used a white thread and quilted simple connecting curves to highlight the hexies, and also to give it some strength since it was all hand-stitched.


Each diamond has a white center, then a round of prints, then a solid, with white for the pathways between each diamond


I found a pretty yellow 30's print for the backing and binding.  I had to make a bias binding as the two sides are scalloped.  Some of the hexies at the outer edges are distorted as those outer hexies are smaller than the ones in the diamonds, and the edges had pulled up badly.  I had to stretch it some to get it to lay flat. 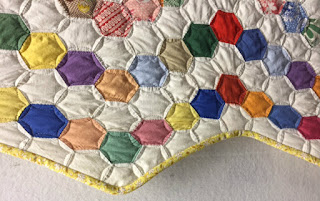 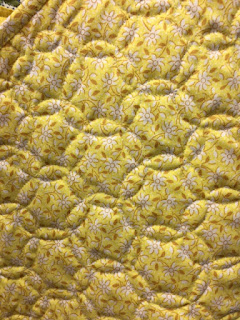