These shirts are from Susan's "significant other", whom she lost in January.  The shirts were his favorites, and bring back memories of activities they shared.  The cornerstones are from 6 of her favorite ties.  The backing is the same blue that is on the front. 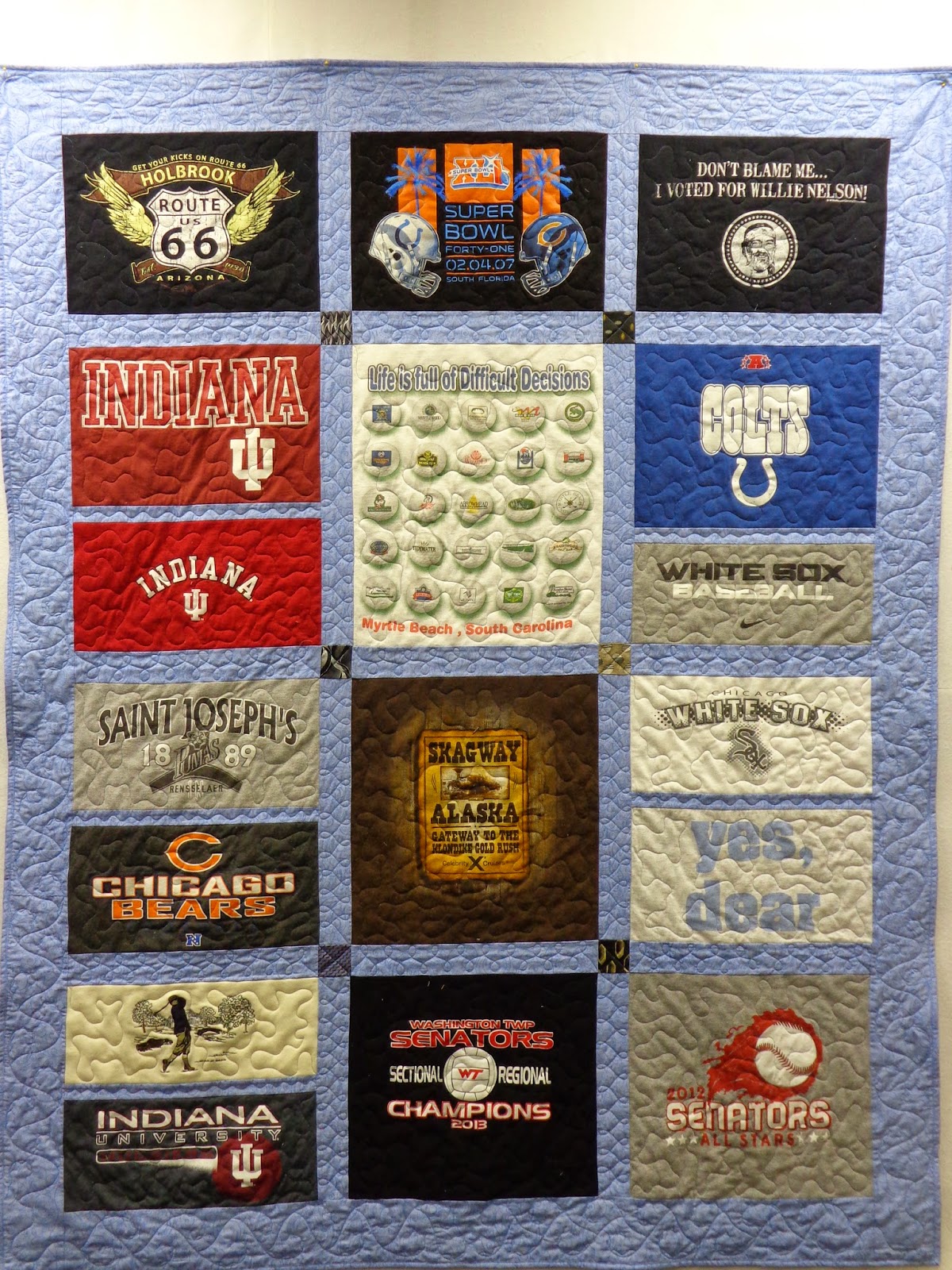 I quilted a meander in each shirt, with loops in the sashings, and a wiggly line in the narrow ones: 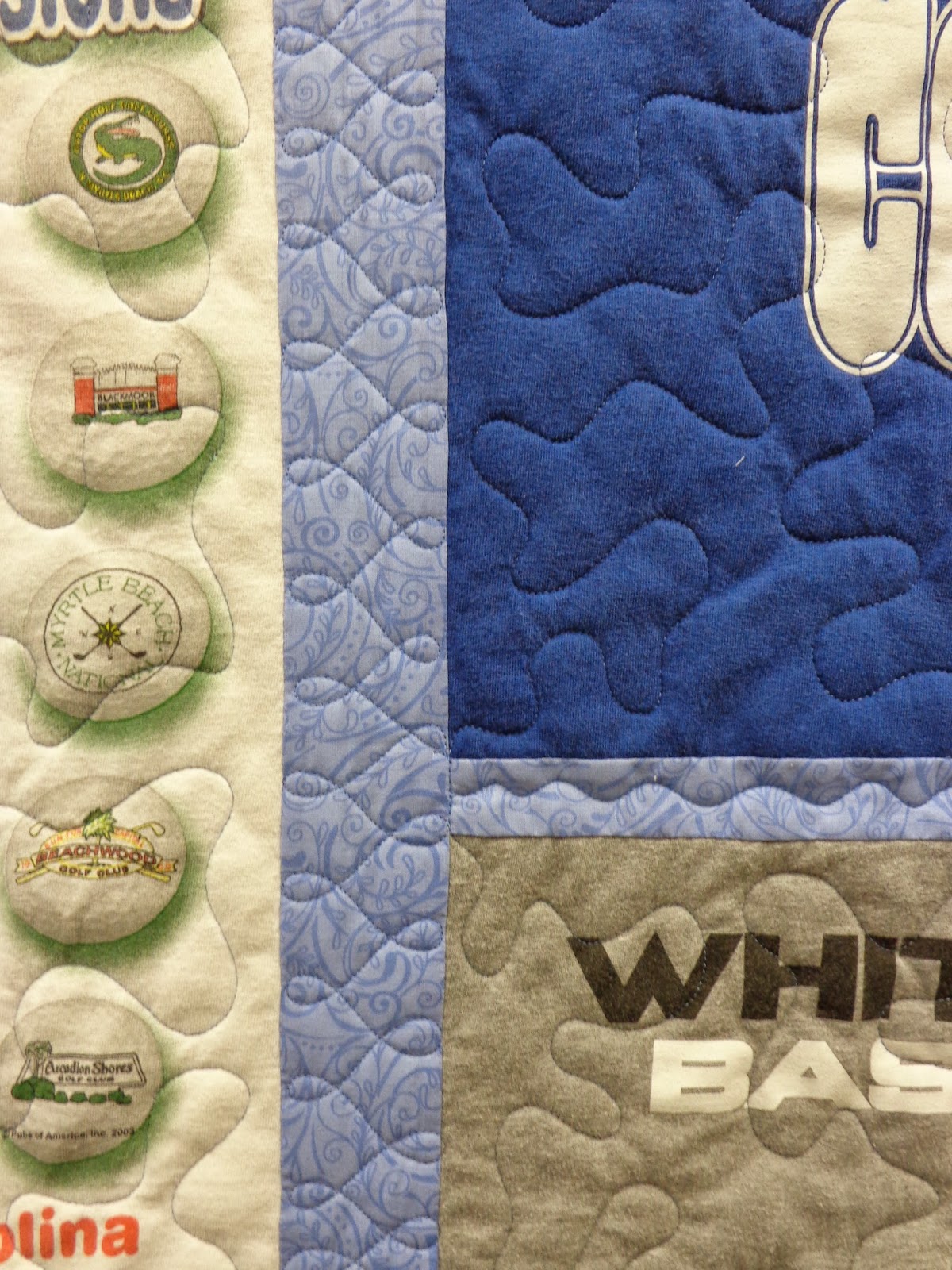 There are wiggly hooks in the large border: 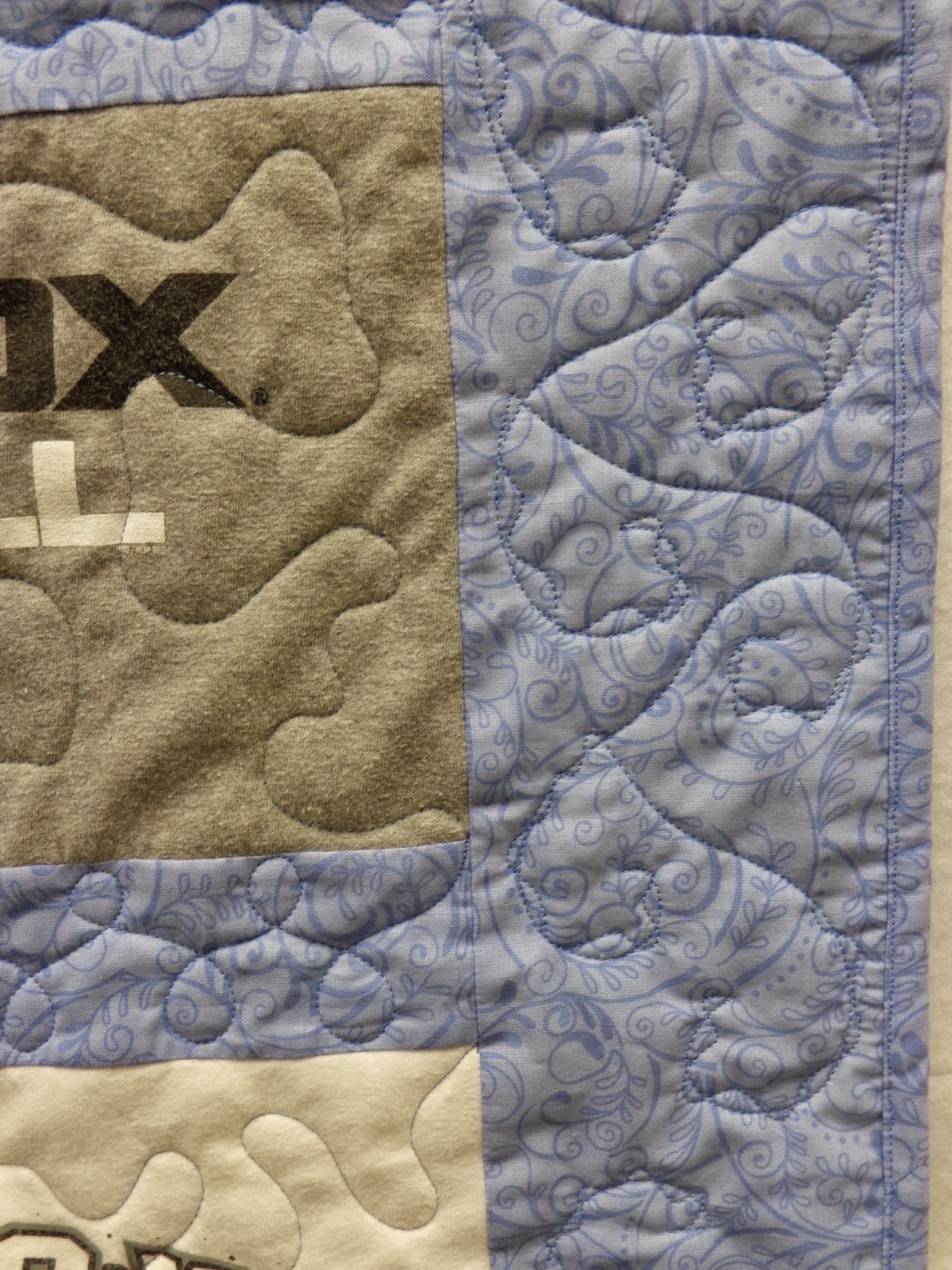 Ties for the cornerstones: 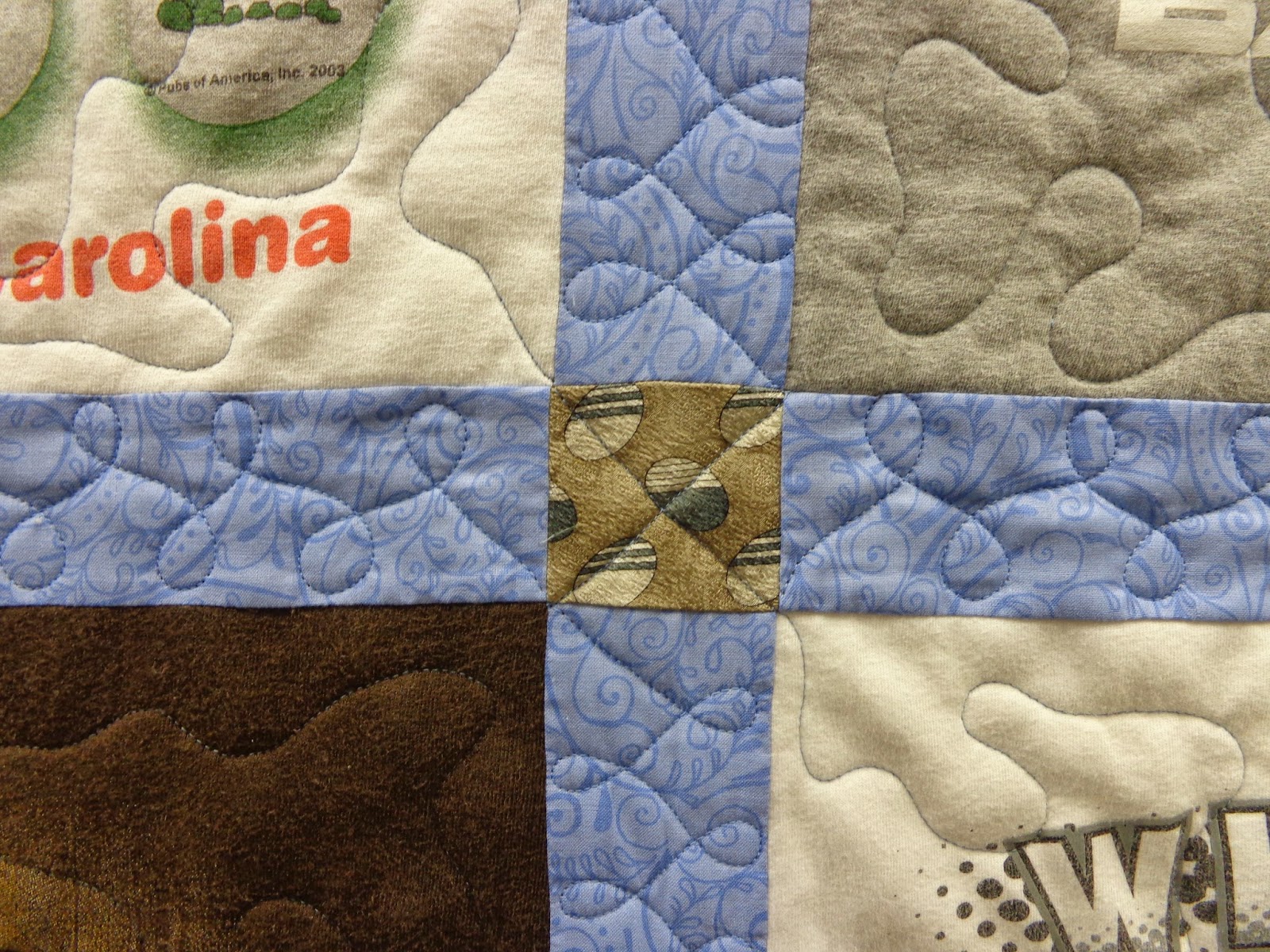 Mary pieced this to be donated to our comfort quilt group.  She will bind it and get it back to me so it can go with the rest of our donations. 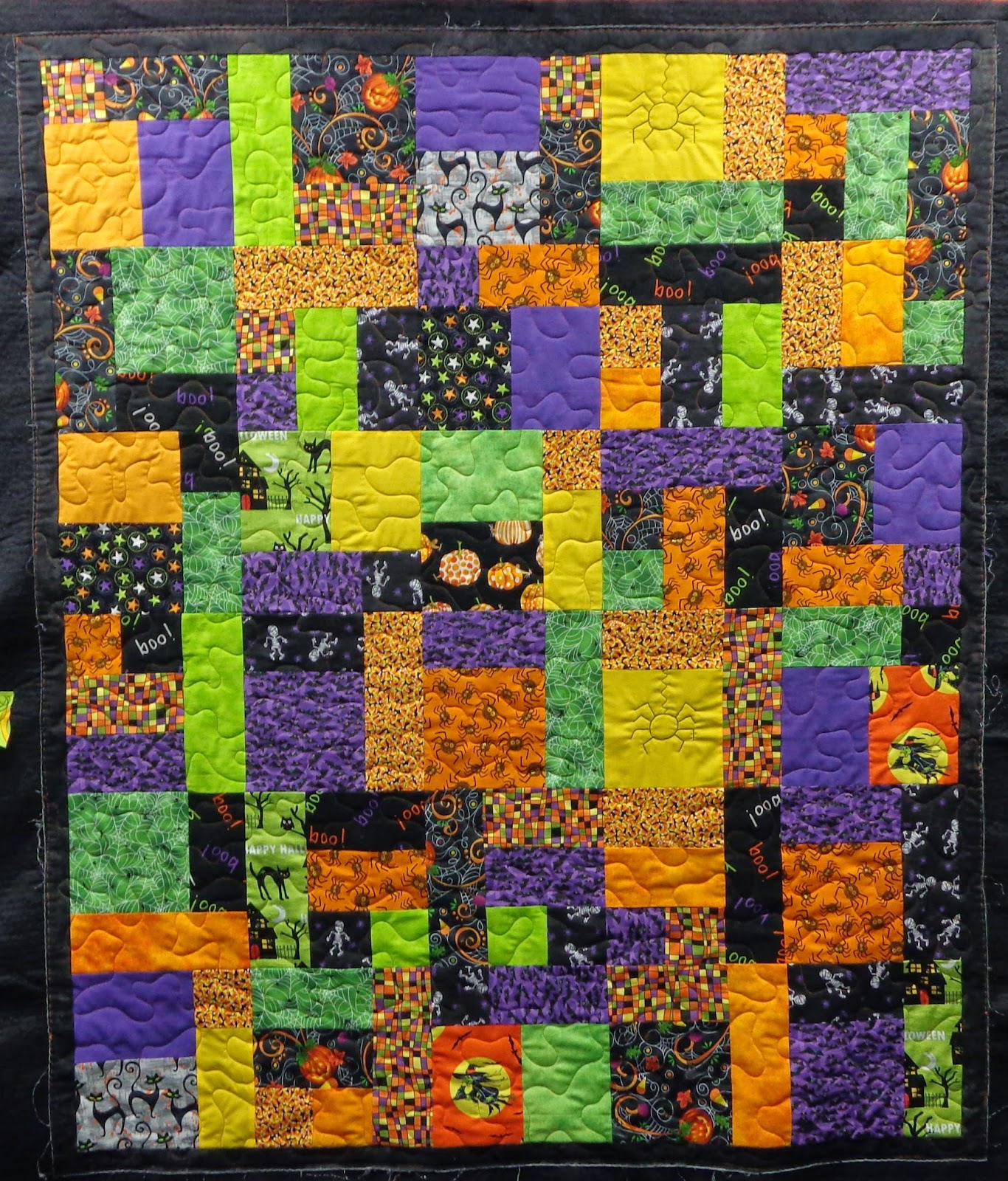 I used orange thread and quilted a simple meander all through it.  I left the two bigger yellow blocks open and went back and added a spider that matches the ones in the fabric.  She can go back and add eyes with a black sharpie marker. 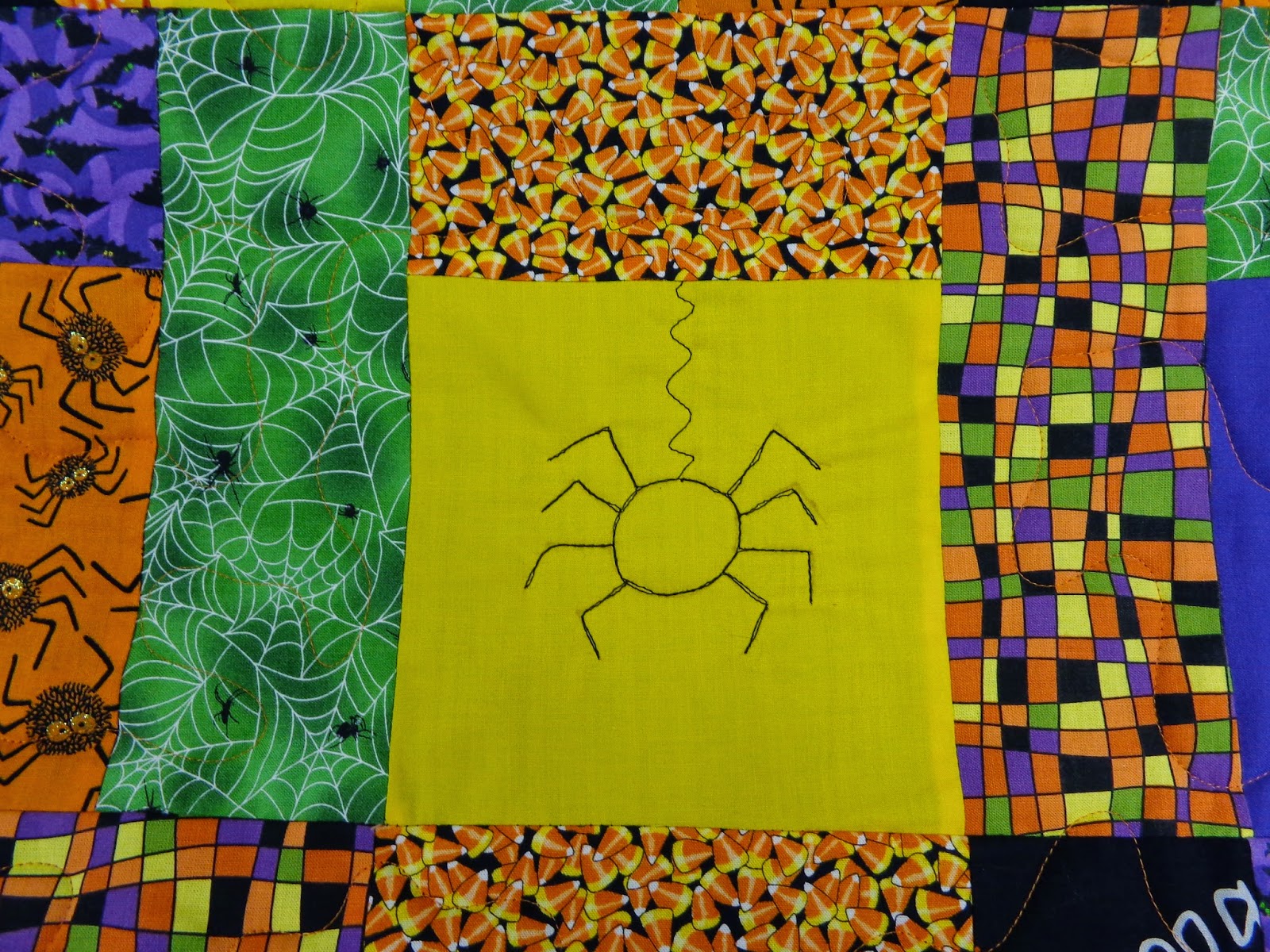 There are some super fun Halloween fabrics: 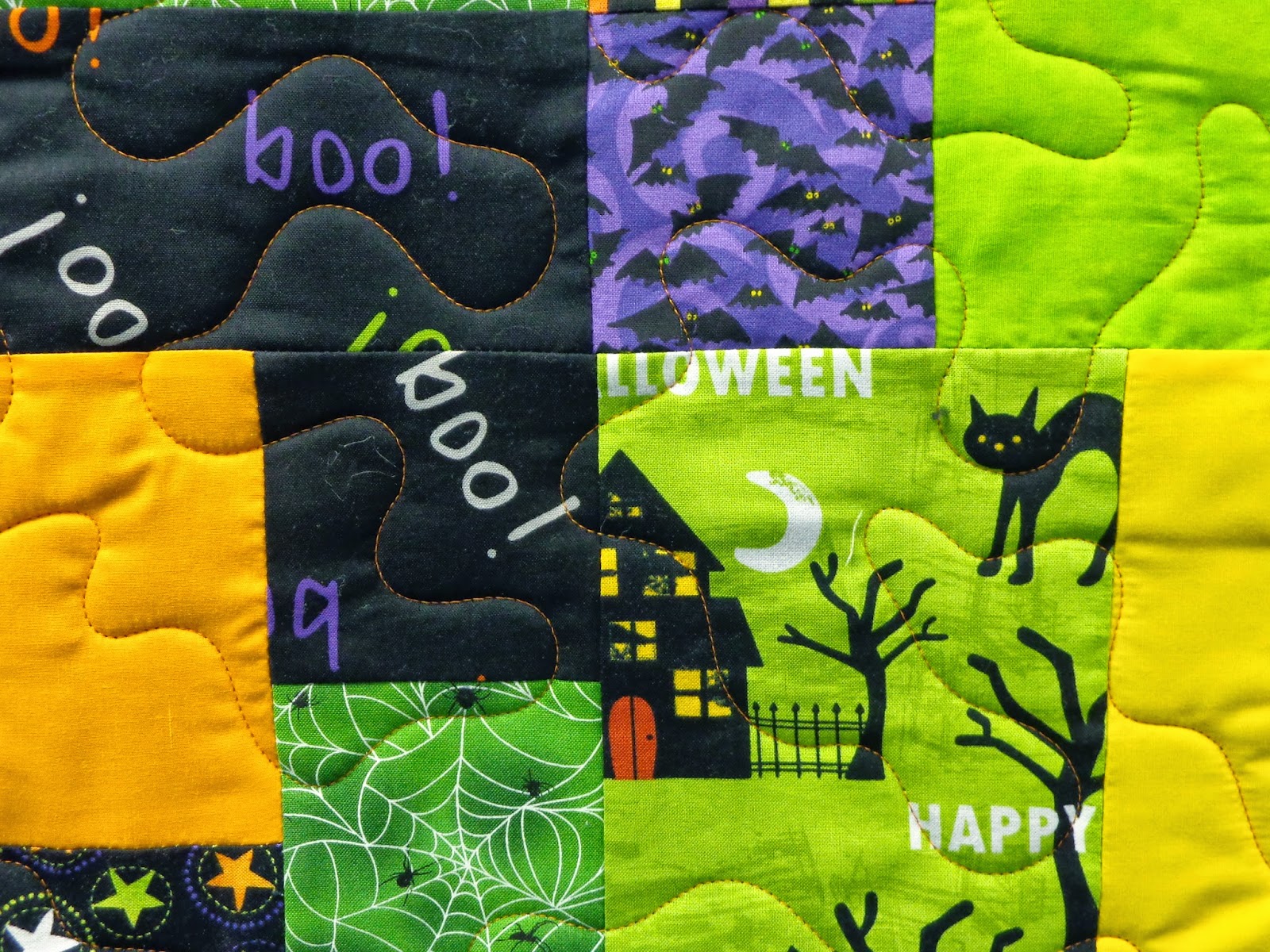 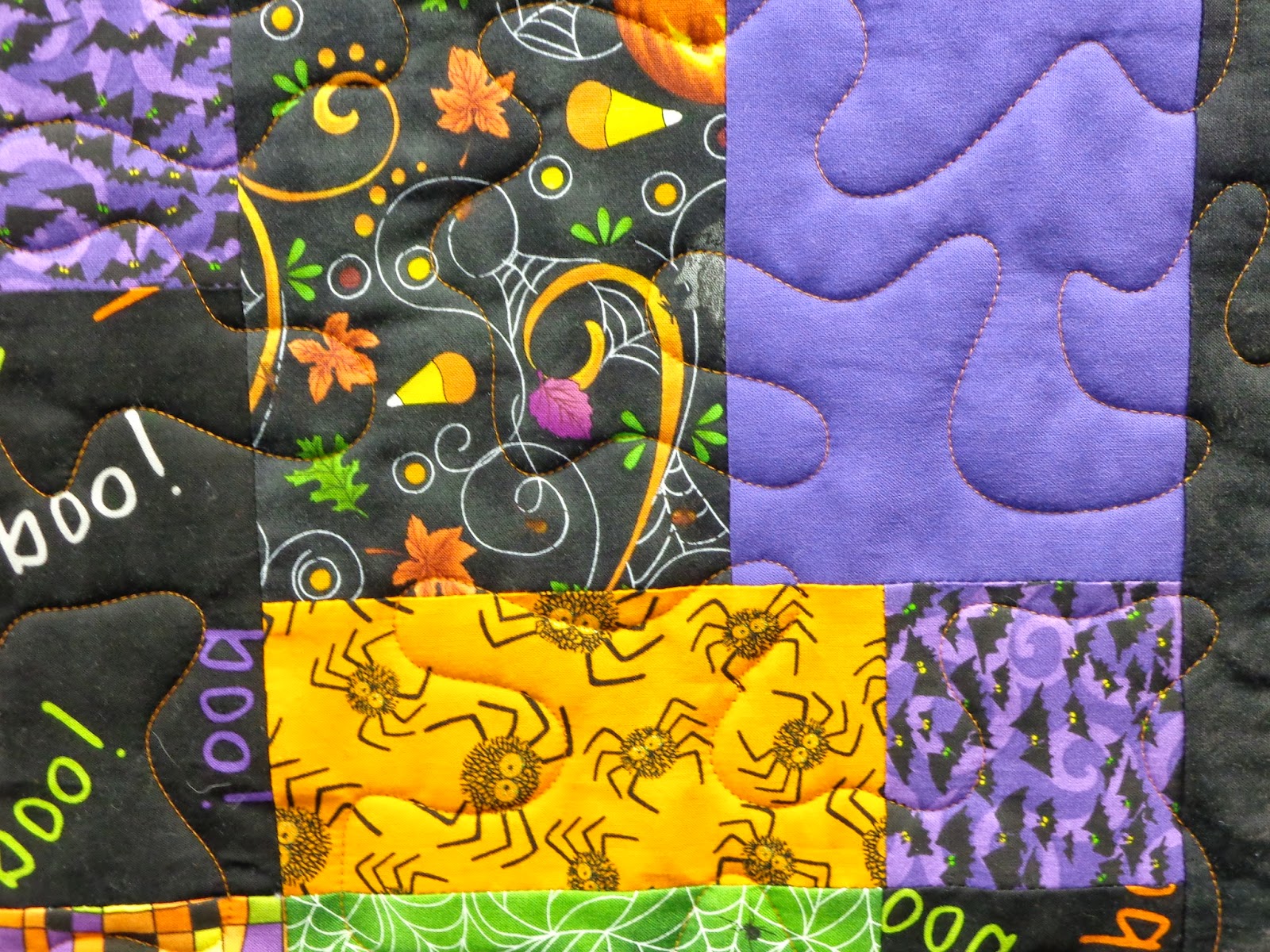 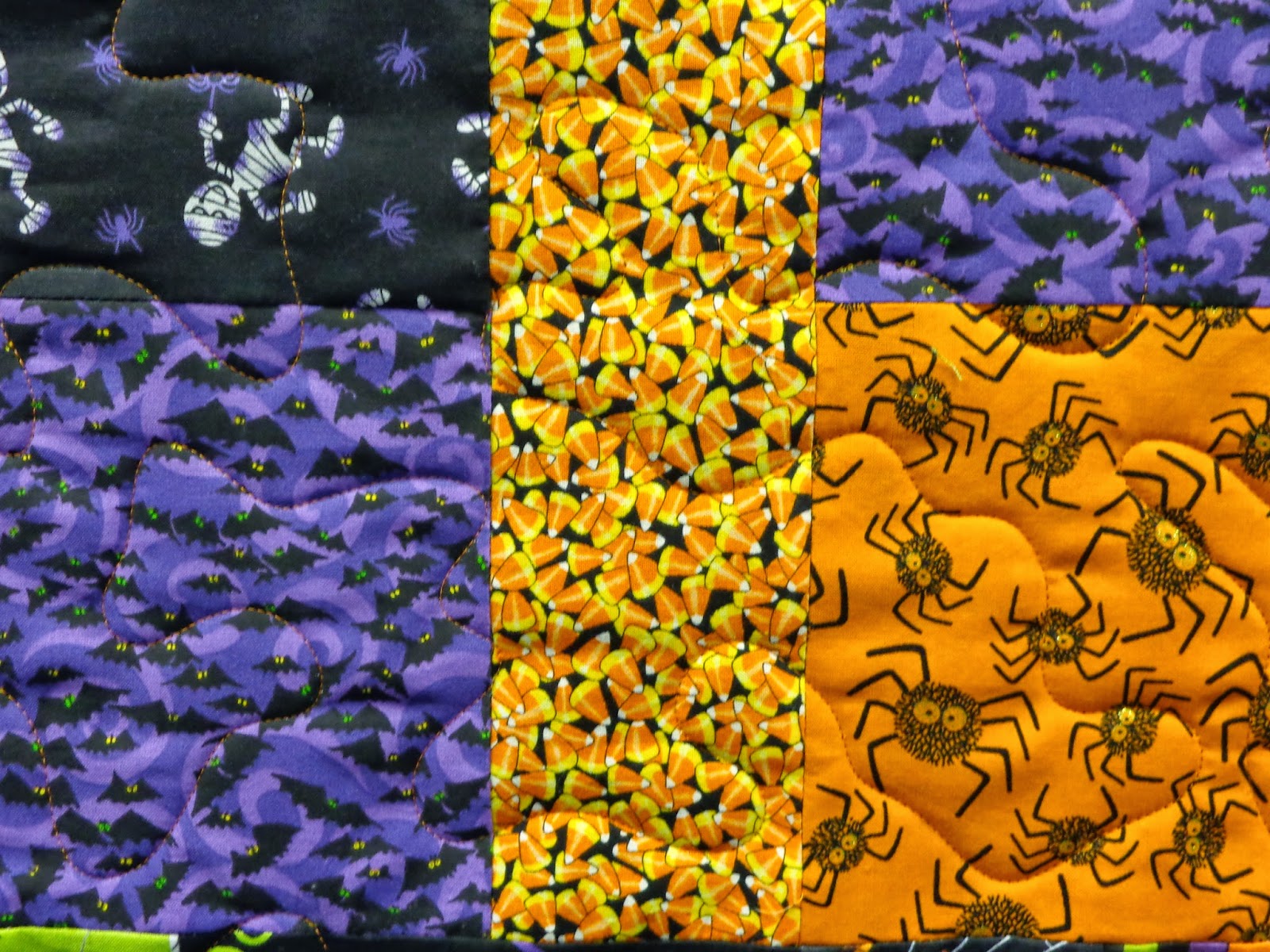 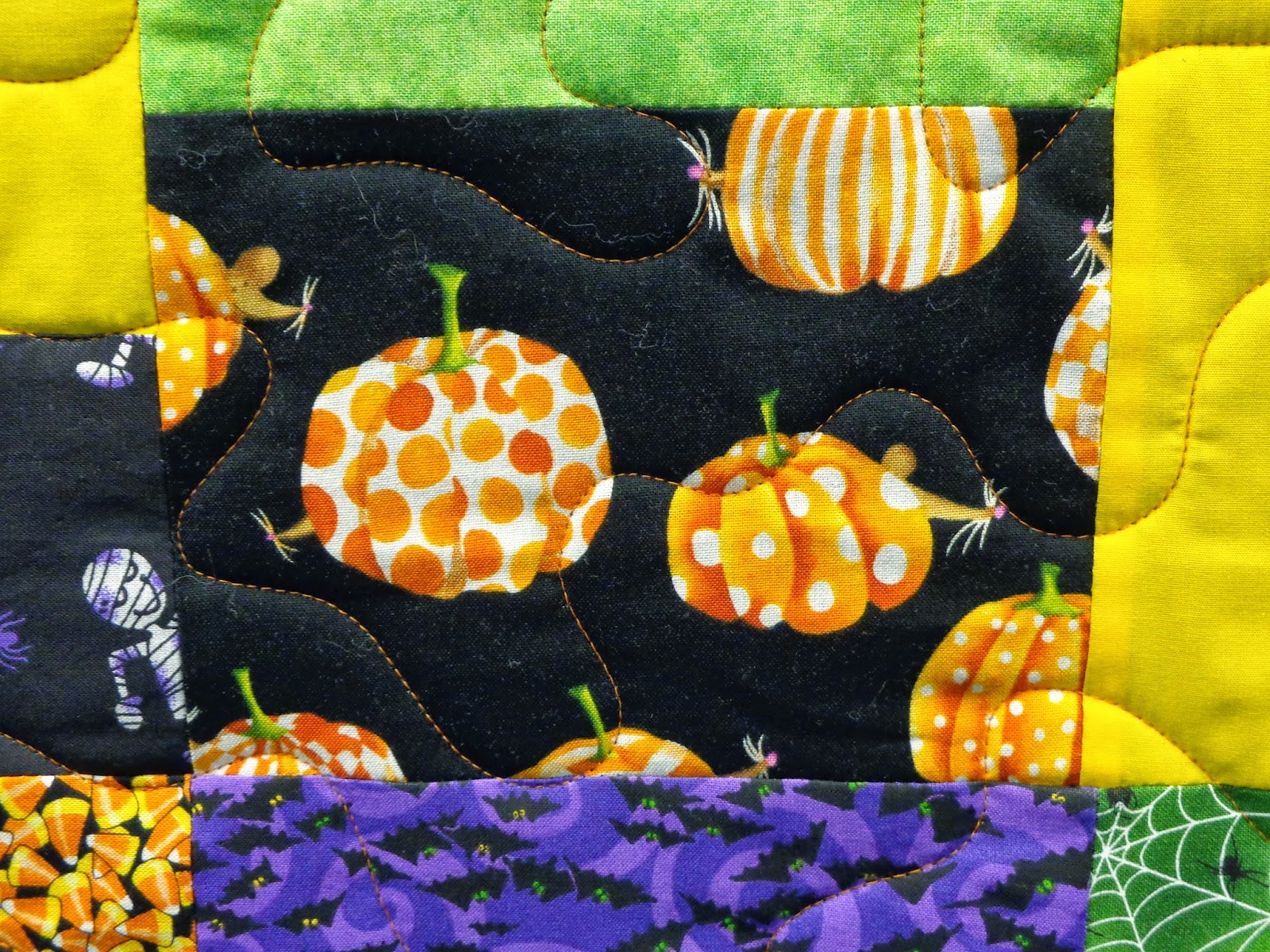 The back is perfect - lots of spider webs: 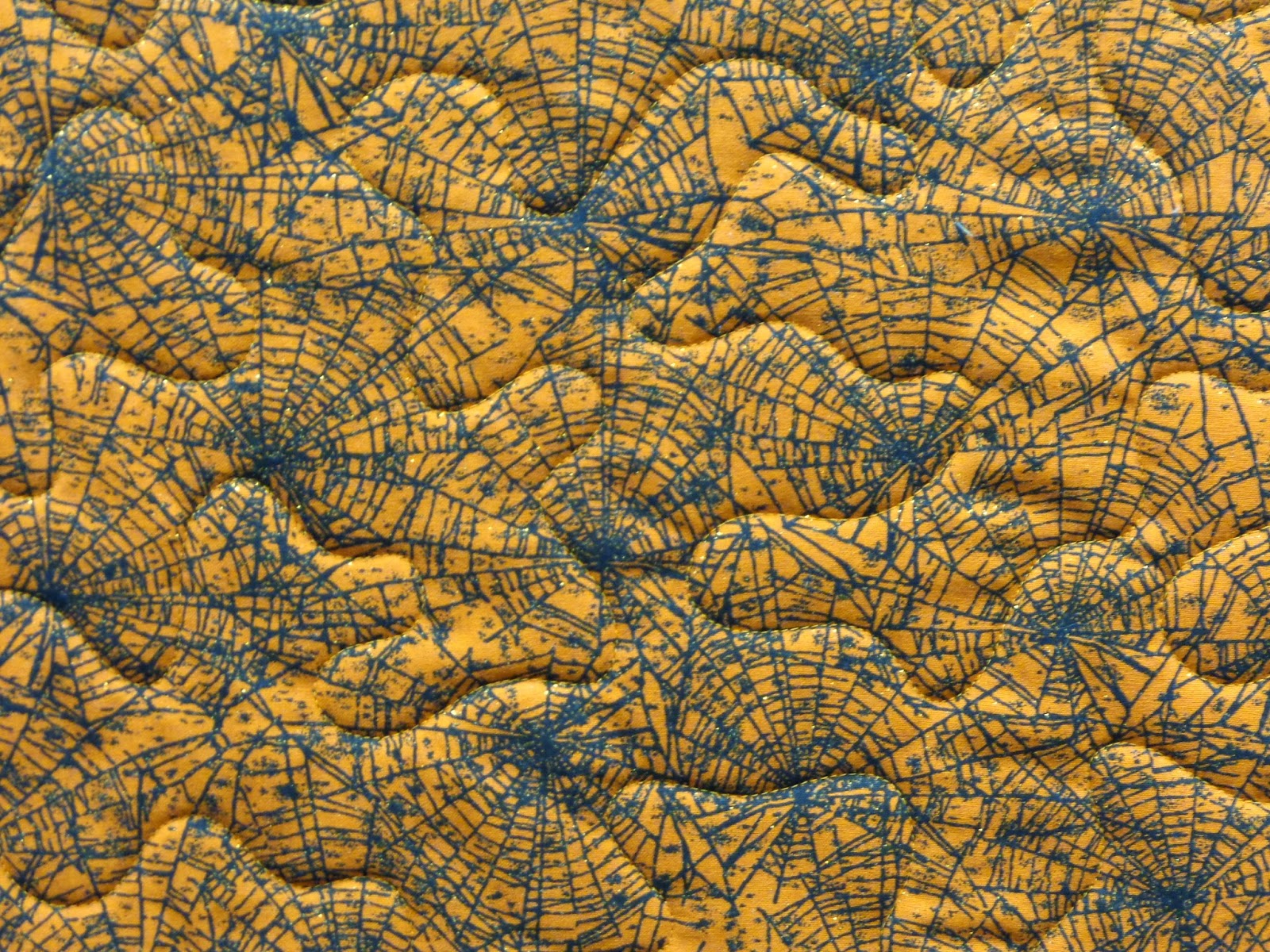 These are two golf towels that I did for my Cog Hill golf league.  Next Tuesday is the final day of the club championship.  I've done them every year, and the winners always love them.  Some use them, and other just keep them on their bag for show so they don't get dirty. 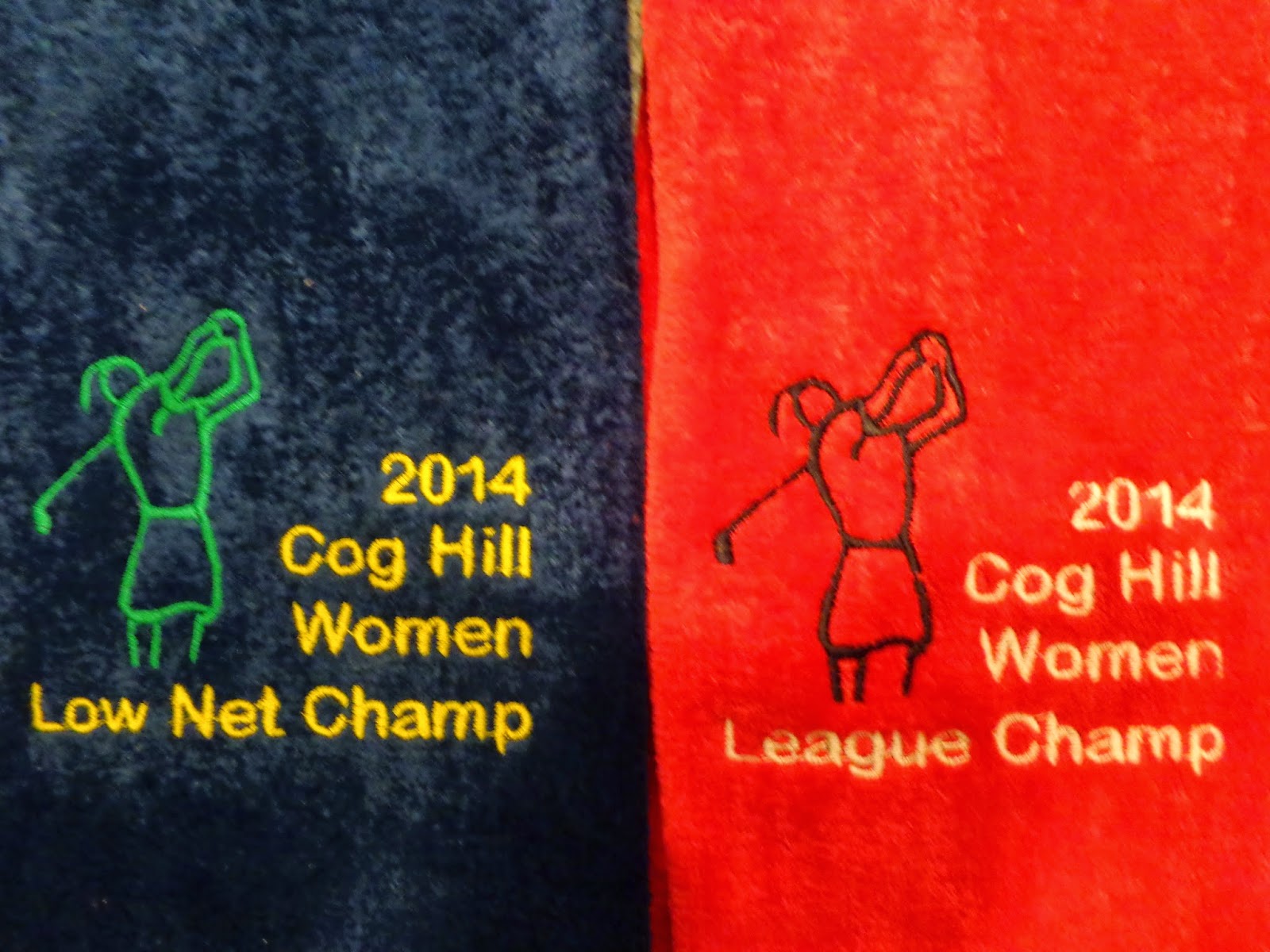 She liked the feathers I did on this quilt for her last year, so she wanted more.  There are feathers in all of the star points. I used a gold thread throughout, as all of the fabrics have a gold metallic color in them. 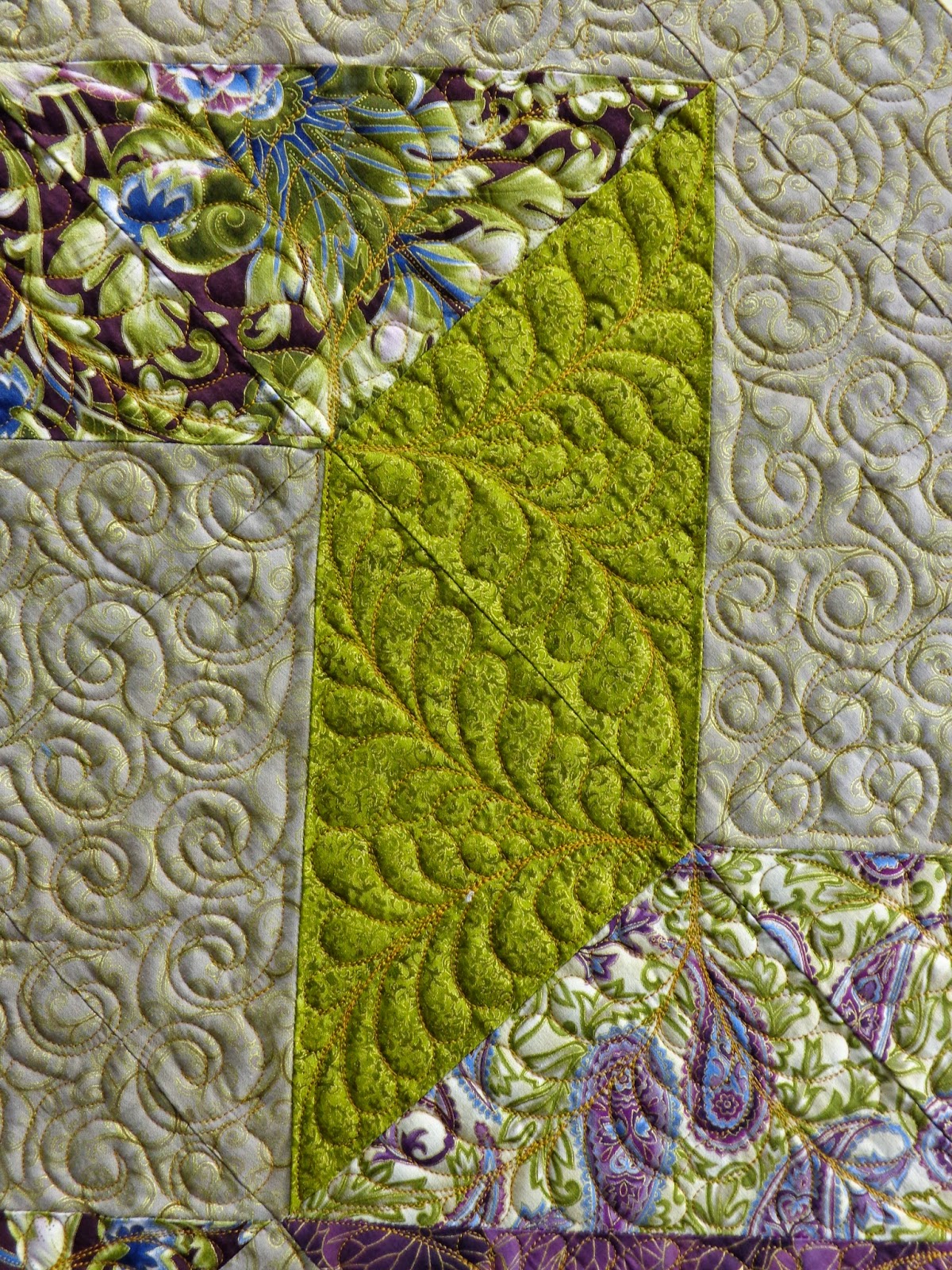 I treated the unit as two triangles and put 2 vines from the center to the two outside points.  I did a lot of back-tracking along the vine to complete the 4 sections of each triangle, and to travel from one color to the next.  The feathers show up much better on some fabrics than others. 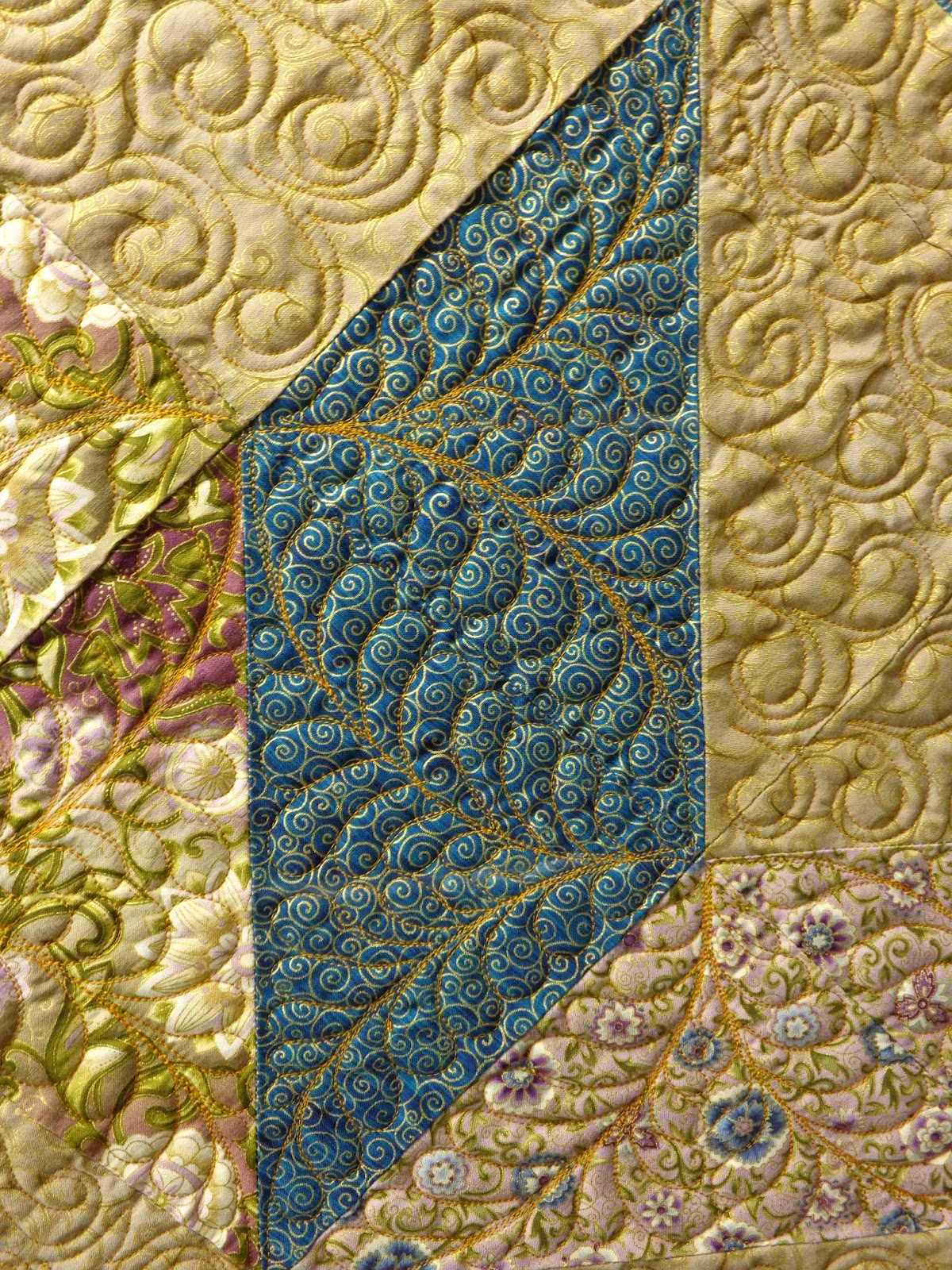 The background areas got a swirl: 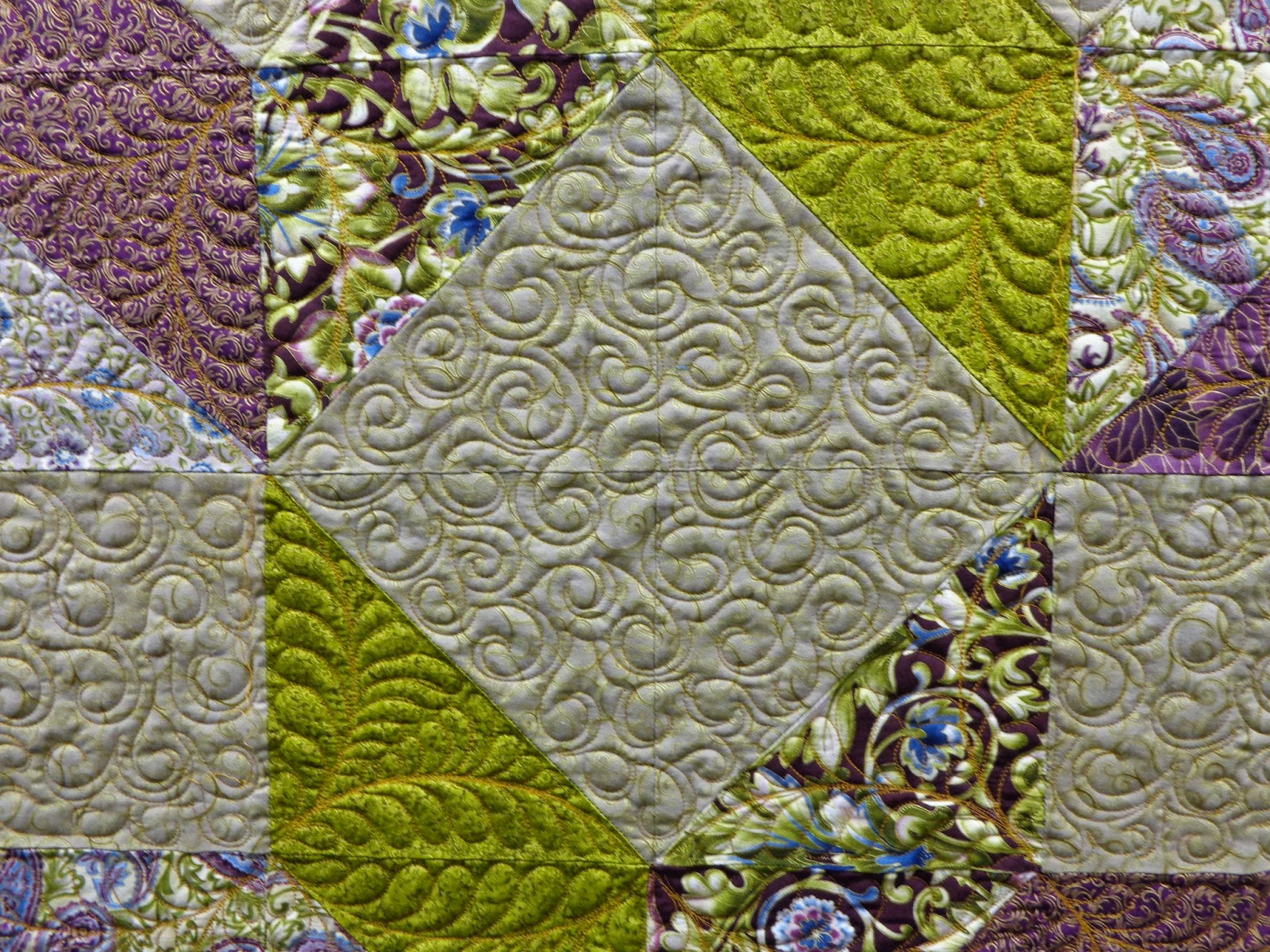 I did a small hook in the blue border, and I the larger borders I did a meander and put some detail in some of the flowers.  I didn't take pictures of those areas as the quilting really doesn't show.  The backing is a light color, so all of the quilting shows up really great there: 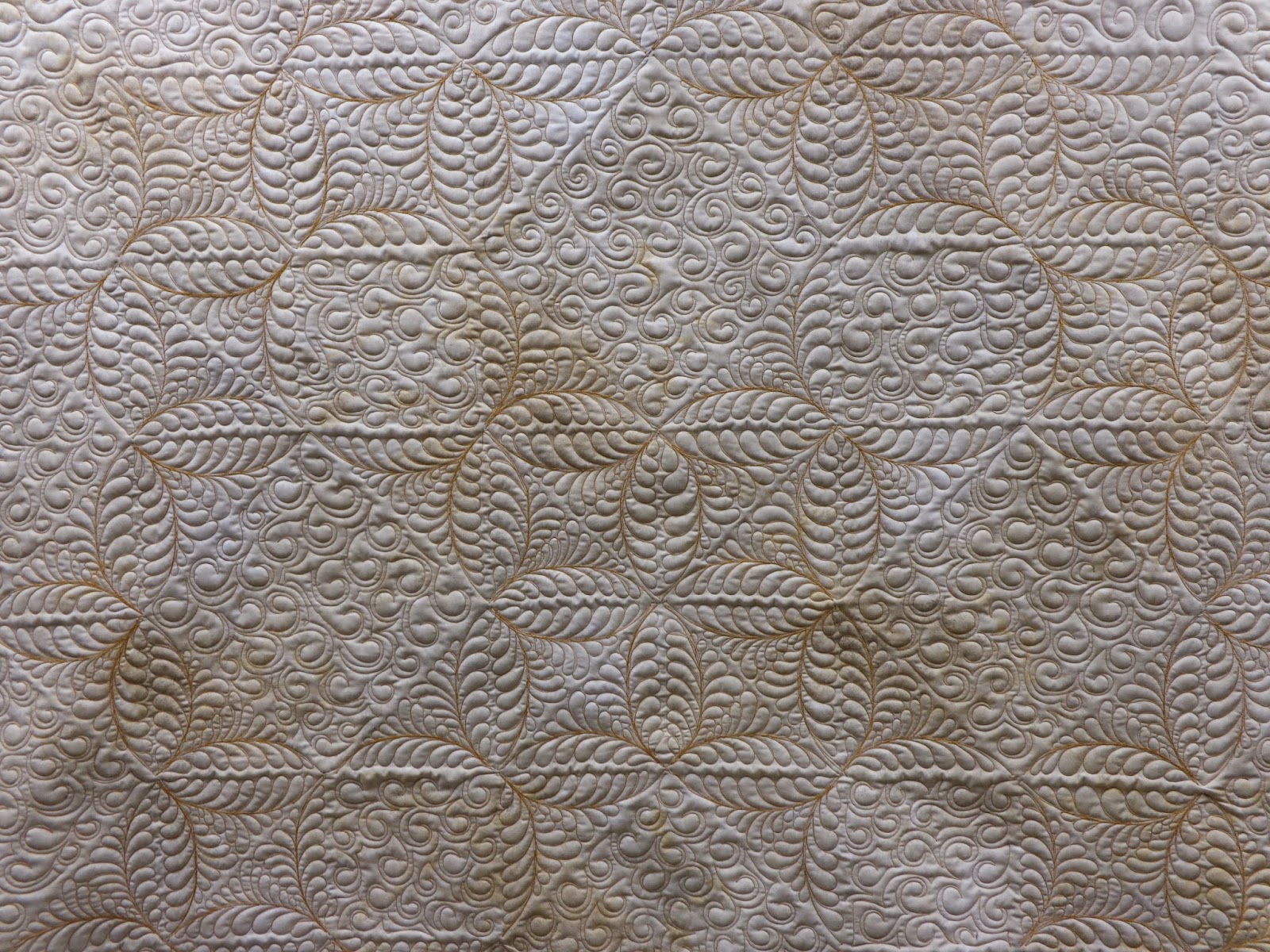 Here's a close up that shows even better: 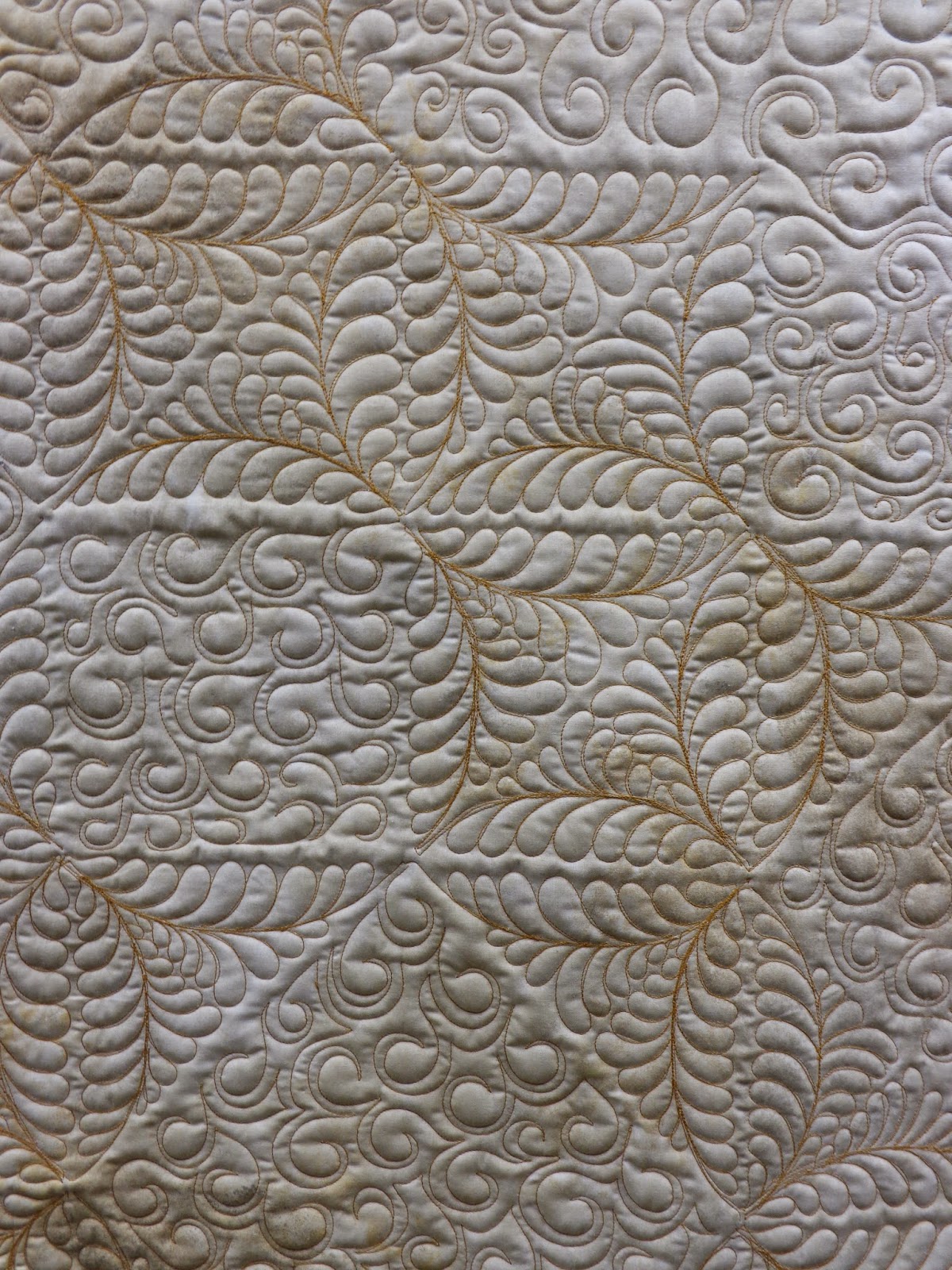